As an important energy source for the development and utilization of new energy at this stage, solar energy is an important development direction of the world's energy utilization and can effectively reduce the consumption of conventional energy. With the adjustment of China's energy structure, new energy sources continue to replace old energy sources. At the same time, due to the national infrastructure construction investment and the development of solar cells and light-emitting diode lighting technology, the photovoltaic lighting market has ushered in an explosion period, and the solar street lamp market has a broad prospect.

Through the scientific lens, the uniform distribution of light is realized, and the illumination range and height are wider and higher. The illuminance is 100% higher than that of traditional solar street lights, which can easily cope with the needs of different scenarios. 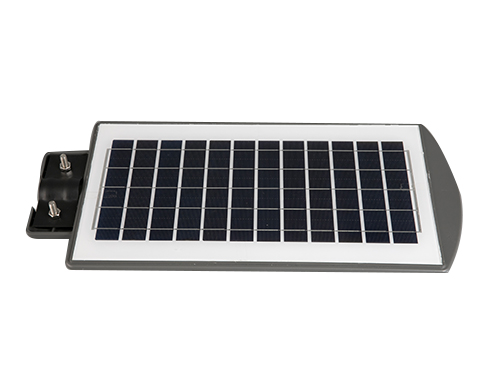 Solar street lights use lithium iron phosphate batteries, which have a long service life and can reach more than 1,000 deep cycles. The volume of lithium batteries with the same capacity is about two-thirds of the volume of colloidal batteries and the charging efficiency is longer.

Solar street lights use MPPT controller, and the maximum power generation efficiency is 25% higher than traditional solar street lights. After the protection of the lithium battery protection board is cut off, the controller can be charged through the solar panel; and it has a four-time control function, and the user can set the LED lights by themselves The working current to achieve intelligent control.